This was the message at the end of the obituary for Douglas and we promised that the project would go on. Both Gerry Fisk and I were appointed by Douglas as editorial assistants at the beginning of 2017. Since that time, we have managed the whole Deegam project, issued Deegam Reports and regularly updated the Handbook. We were both very close friends of Douglas over many years and we have been involved with Deegam publications since the very early days, albeit in a quiet way. After more than four years of our highly successful cooperation, Gerry has decided to leave the Deegam project at the end of June 2021. This is due to the continuing deterioration in his eyesight which makes prolonged periods of computer use and close-up work difficult. Many thanks to Gerry for his excellent support.


I will continue the Deegam project with the support of my wife, Rodica, who will deal in future with the administrative part. Here are some details of my background: 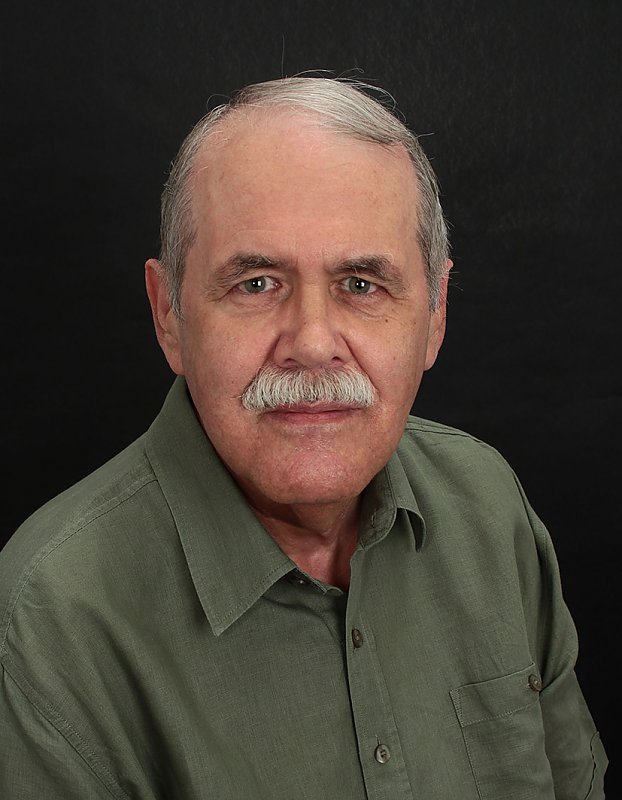 I was born in December 1950 and am an Austrian citizen. I worked in the Federal Ministry of Finance in Vienna as an expert for Customs Tariff, but I’m now retired. I have collected stamps since my childhood, starting with stamps from the German speaking countries. But since my first visit to the UK in 1977, I fell deeply in love with the Machin definitives. From that moment on, I studied them in every detail and there I came across Douglas Myall in the early eighties and Deegam became the main information source for me. I was involved in the publication of the first edition of The Deegam® Handbook in 1993 when I prepared almost all images and drawings to that publication.


I was Journal Editor of the GB DSB SC (now MBPC) for more than ten years and was also Catalogue Editor during the nineties, creating the 7th edition of The Bookmark® Catalogue. Then I became again Catalogue Editor of the MBPC from 2013 to 2020. In 1990 I prepared the specialised listing of Machin definitives for the well-known MICHEL® Großbritannien Spezial Katalog.


So, as you can see, I have been somehow familiar with The Deegam® Handbook for a very long time.


Recently, a fifth edition, HB5, has been released. All chapters and several appendixes were reviewed. From the preparation point of view, there is an essential change, because all the bookmarks and links are now created within the InDesign files, by using all the available features (hyperlinks and cross references). This will make future updates much easier because the links will move with changes to the text or pagination.


A 14-page HB5 Introduction describing all the essential changes and an extensive explanation of the new HB5 navigation is available from the ‘Reports’ page of the website as Report 999. The Tutorial has been rewritten and demonstrates the path through HB5.


As stated at the beginning – the Deegam project will continue. I will do my best to continue this successful project and I hope that you will continue to show me the same support that you have given Douglas.

We are very sad to report that Douglas Myall passed away on 30 January 2019. He was known affectionately to his thousands of followers in the philatelic world simply as Deegam or DGAM.
Born in Essex on 17 December 1922, Douglas George Albert Myall worked as a British civil servant. His career took him to the office of the Inspector of Foreign Dividends where he developed his interest in philately by collecting the stamps from incoming mail. He subsequently moved to the trademarks registry at the Patents Office. For some years after retirement, he travelled extensively acting as a consultant and adviser on trademark and patent law.
In the 1950s and 1960s, he collected Wilding stamps, the first definitive issues of HM Queen Elizabeth’s reign. At the same time, his work required him to study security printing which helped him in his philatelic activities. His first articles began appearing in the philatelic press.
From their introduction in 1967, he studied and collected Machins, the definitive stamps carrying The Queen’s head designed by Arnold Machin. Soon after Britain adopted decimalised currency in February 1971, DGAM (with three other eminent philatelists) founded two Study Circles, the aims of which were to promote the collection and study of modern philately. The two bodies were the Great Britain Decimal Stamp Book Study Circle (GB DSB SC) and the British Decimal Stamps Study Circle (BDSSC). These two later combined to become the Modern British Philatelic Circle which continues to flourish today with a membership of over 500 people world-wide.
DGAM was the founding Editor of GB DSB SC. He devised many of the nomenclatures to describe the books’ characteristics and these nomenclatures are today’s accepted international standards.
He was a prolific writer for the British Philatelic Bulletin and was been voted ‘Favourite Bulletin author’ in a poll of the readers in most of the years that the polls were held. He managed to translate his deep knowledge and enthusiasm for the subject into articles which have a wide topical interest.
As well as writing for the Circles’ publication and the Philatelic Bulletin, he wrote and published many articles for a wide variety of publications including The GB Journal of the Great Britain Philatelic Society and Stamp Collecting magazine. These complemented his own personal publications.
During his studies, he was not content with the way that established catalogues were handling the potential criteria to study Machin stamps. In the end, he decided to write his own reference work, with an aspiration to be as exhaustive and precise as possible.
To many, his greatest achievement has been the writing and publishing of The Complete Deegam® Machin Handbook, which details all aspects and features of the Machin issues and is universally accepted as the ‘bible’ on the subject. First published in 1993, a second and a third edition followed. The latter, in July 2003, contained 1,272 pages. This renowned work received accolades from far and wide. Amongst the awards given for this work have been the National Postal Museum medal for research (1997); Gold Medal at ChicagoPex (1997); Silver Gilt medal, Stampex (1997); Vermeil, Palmerston, New Zealand (1997); Gold medal, Korpex 2000.
The present electronic edition, available on CD-ROM only, first arrived on the scene in April 2010. The files are regularly updated every eight weeks or so. The issued version is thus always current. Companion Deegam® Reports are made available to subscribers.
Such was Douglas’s contribution to modern philately that he was honoured by being made a Fellow of The Royal Philatelic Society London, granted in December 2011.
Aside from the Machins, Douglas collected British perfins on covers. Outside of philately, he was interested in photography and, in particular, the macro photography of insects. Some of his trips abroad provided some fascinating subjects!
He was very much a family man and shared most of his adult life with his wife, Kath, who died in 2014. They had two daughters, Delia and Fiona, and they and their families were Douglas’s greatest interests. He will be sorely missed.
oooOooo
As Douglas wished, the Deegam project will continue.